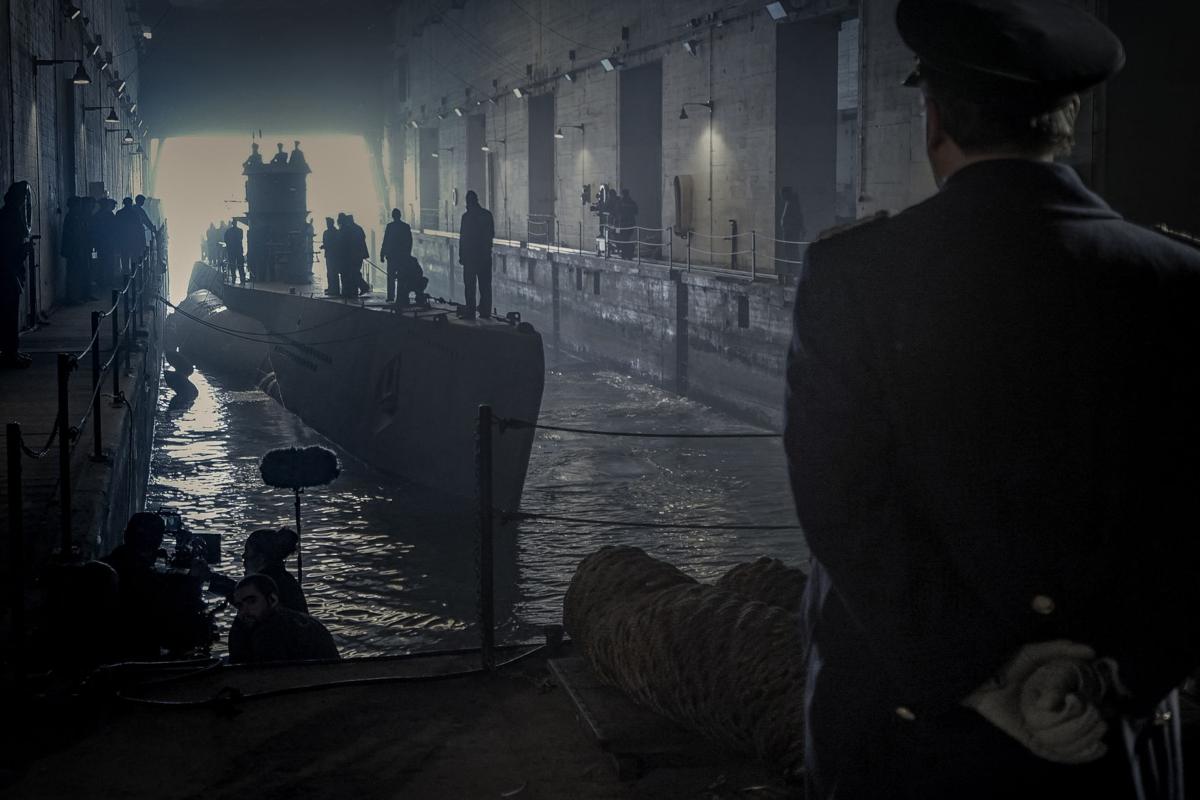 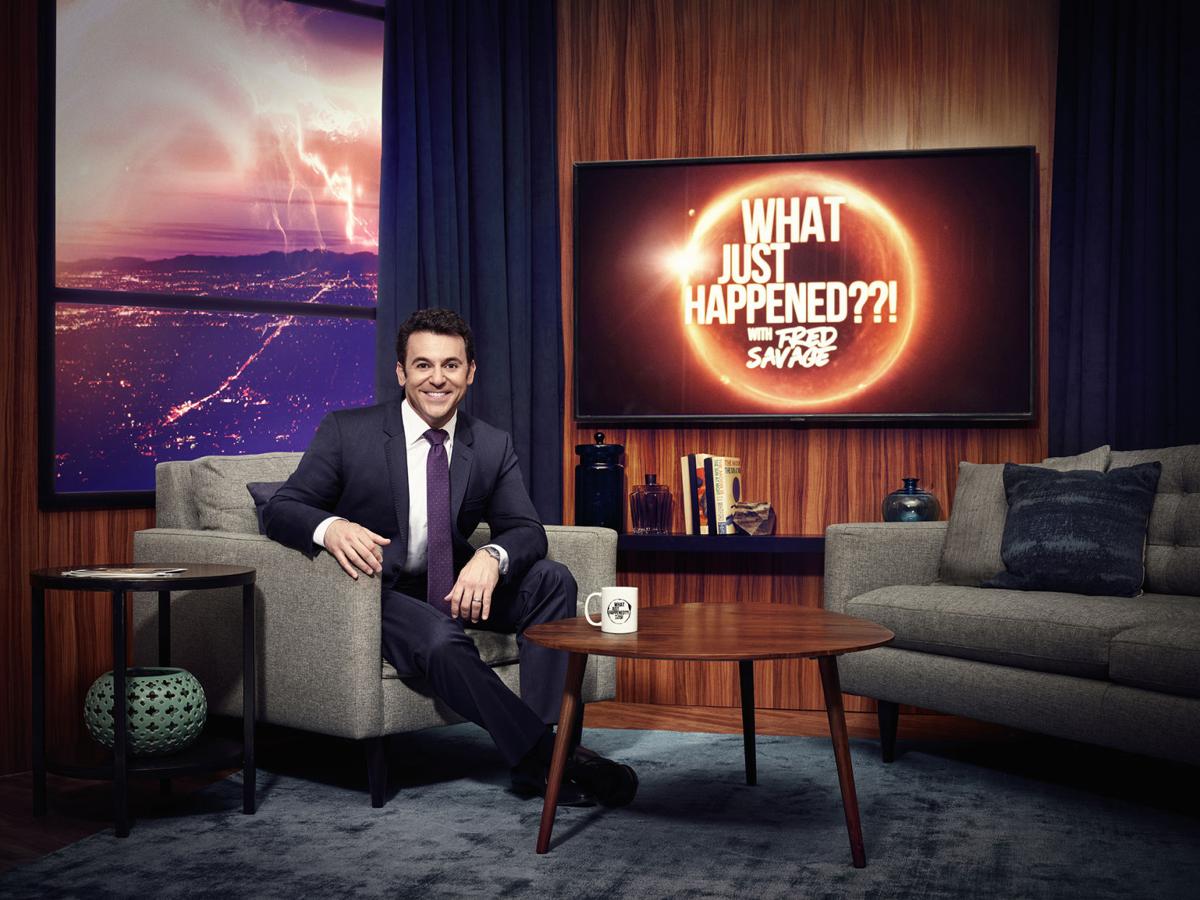 Fred Savage stars in "What Just Happened??!," a spoof of the spate of live after-shows. 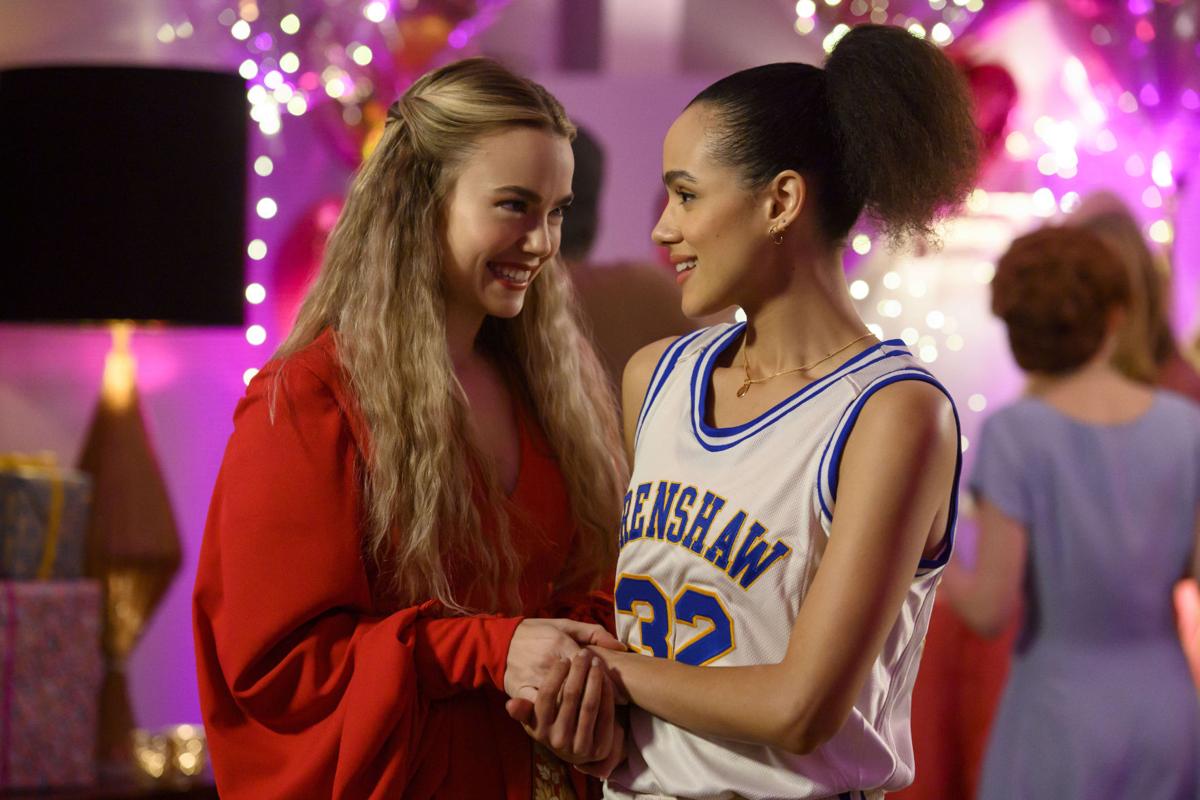 Ainsley (Rebecca Rittenhouse), left, and Maya (Nathalie Emmanuel) are two of four friends whose lives are followed in the television remake of the 1994 film "Four Weddings and a Funeral." 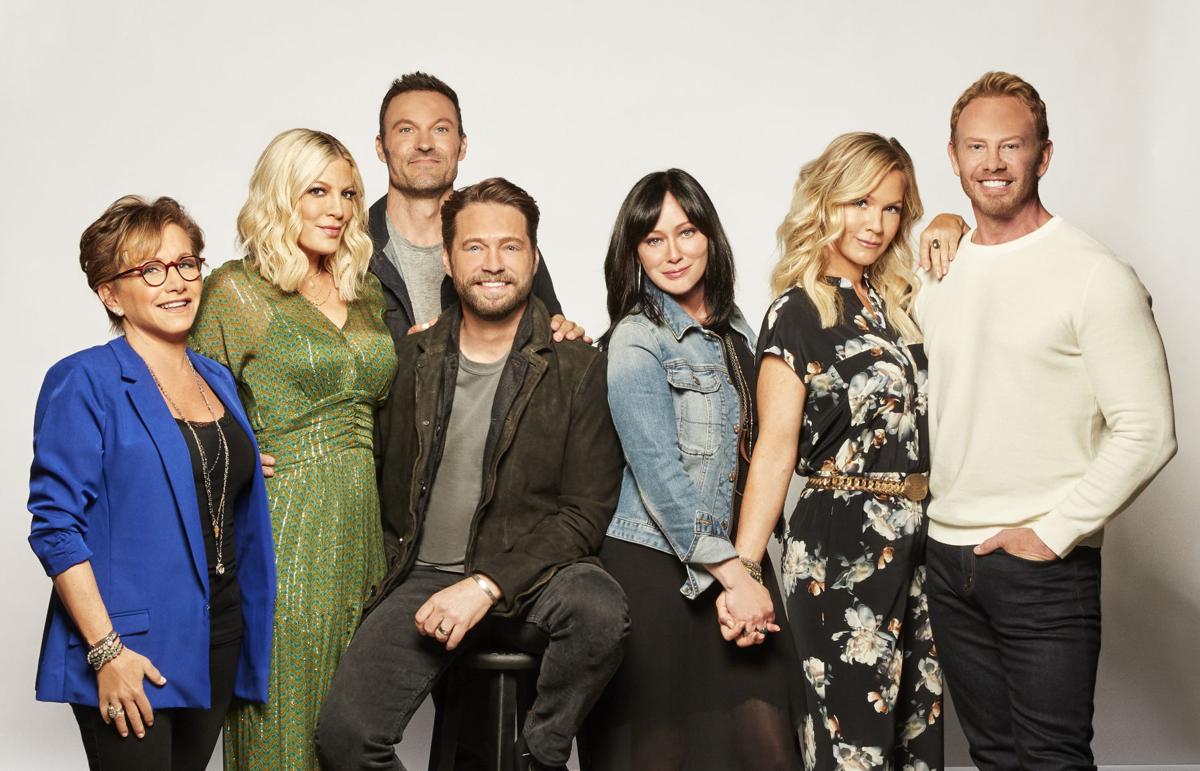 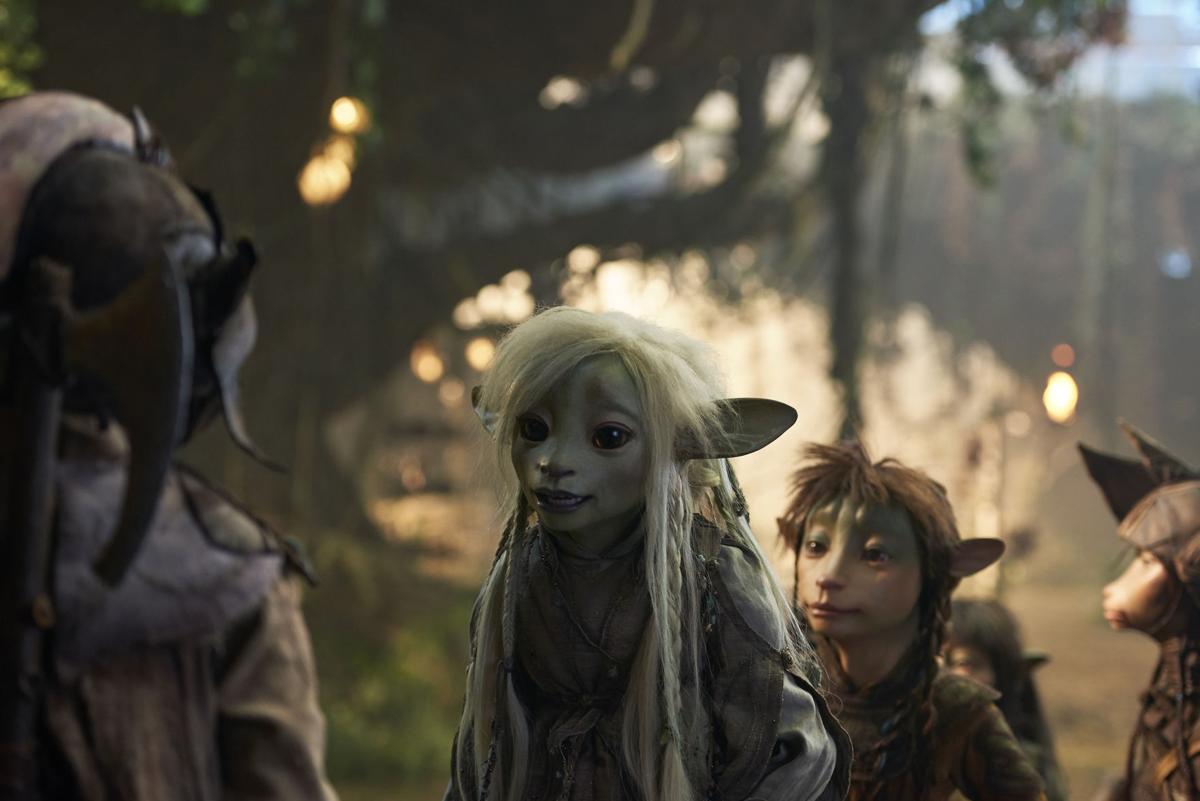 "The Dark Crystal: Age of Resistance" is a prequel series to the 1982 Jim Henson and Frank Oz film.

After all those warnings that a chill was coming, there’s still a noticeable void of summer TV offerings, in the wake of “Game of Thrones” conclusion. We’ll have to consider this summer a rebuilding season, as the networks, cable channels and streaming services hold off on unrolling any big-tent premieres just yet.

But not to worry — it’s not so desolate that you’ll be forced to, like, read a book or go outside. Here are 10 shows that premiere between now and Labor Day that, hopefully, will keep us occupied and enlightened (perhaps even entertained) until we collectively fall head over heels for that next big thing. (All times EDT)

A languid yet artfully envisioned 10-episode drama for viewers who are most at home in remote locations (in this case, rural New Mexico) with neo-noir characters who act and speak as if they belong in a never-made Coen brothers film. (That, or they’re all future clients of Saul Goodman.) “Westworld’s” Jimmi Simpson stars as a guilt-ridden drifter who gets conned into a life-insurance scheme that involves kidnapping a church pastor and his wife (Ben Kingsley and Jacki Weaver) and faking their deaths, only to learn the hard way that the pair are master criminals themselves. Luis Guzman co-stars as a Mexican sheriff who agrees to help with the plan and — because it seems like just the kind of TV show he’d wind up in — “Lost’s” Terry O’Quinn plays a Texas ranger working the situation from another angle. “Perpetual Grace LTD” is created by Steve Conrad, whose quirky Amazon espionage puzzler “Patriot” won admirers for its slow-simmered, reverse-engineered plots and extra-dry humor. Here it’s even dryer.

Wolfgang Petersen’s classic (and classically claustrophobic) 1981 film about a Nazi U-boat gets a sequel of sorts in this stern but satisfying eight-episode, German-made TV series. It’s 1942 and the newly manufactured U-612 is getting ready to launch out the French port of La Rochelle, with an untested captain (Rick Okon), who has qualms about living up to his late father’s legend, and a young radio technician (Leonard Schleicher), who is ordered to join the sub’s 40-man crew as a last-minute replacement. Problem is, the kid had secret plans with the French Resistance and must now rely on his big sister (“Phantom Thread’s” Vicky Krieps) to keep an important rendezvous in his place, even though she’s being closely watched by an inspector. Both the movie and the series are drawn from Lothar-Günther Buchheim’s 1973 novel — allowing “Das Boot” to broaden its action well beyond the U-boat. Will I be shot on sight if I say it lends the story more depth?

There’s plenty of gay pride this summer surrounding the Stonewall uprising’s 50th anniversary, but Josh Howard’s compelling one-hour documentary “The Lavender Scare” (based on David K. Johnson’s book) examines an earlier outrage from the 1950s, when the U.S. government began purging its federal employee ranks of any man or woman suspected of being homosexual. The policy, approved by President Dwight Eisenhower, was rooted in the ugly idea that gay men and lesbians could be easily blackmailed and turned into communist spies — paranoia in full effect. (Confronted by postal inspectors of a blurry picture of himself in drag, one employee snarkily offered to pose for a better shot.) The purge inspired a nascent gay rights movement, spearheaded by a strong-willed employee of the U.S. Army’s Map Service named Frank Kameny (his letters are voiced here by actor David Hyde Pierce). A ban on security clearances for gay workers remained in effect until (hold onto your hats, kiddies) 1995.

Fox wasn’t quite ready to share episodes yet, but I’m going to at least enthusiastically endorse the concept: A spoof (if a belated one) of those inane, live after-shows such as AMC’s “Talking Dead,” where guests excitedly deconstruct what just happened on the previous episode of their favorite, direly complex drama — in this case, a show called “The Flare.” Fred Savage plays himself as the host of the show (and huge fanboy of “The Flare’s” source material, a nonexistent novel by nonexistent author T.J. Whitford called “The Moon Is the Sun at Night,” which is a post-apocalyptic tale about a small town and the aftermath of a solar event). Comedian Taylor Tomlinson joins Savage as co-host, and Best Coast will appear as the show’s house band. The whole thing hinges, of course, on “clips” from “The Flare” (whose “cast” includes “Scandal’s” Guillermo Díaz and “UnReal’s” Shiri Appleby) and the degree to which Savage and company are willing to make fun of modern fandom.

“I Love You, Now Die: The Commonwealth v. Michelle Carter”

Filmmaker Erin Lee Carr has become the go-to documentarian of some of the stickiest legal conundrums in the 2010s — such as the case of the cop who fantasized in chat rooms about cannibalizing his wife. The two-night “I Love You, Now Die” chronicles the trial of Michelle Carter, a young Massachusetts woman accused of urging her boyfriend to kill himself through persistent texts and calls. (They had only met in person a handful of times.) How responsible is she for his death? Carr relies on interviews, testimony and text-message transcripts to create a narrative tension that transcends the case’s sensationalism. Her work once again asks how modern communication can capitalize on some of our darkest personality disorders. Even if you know how it ends, you can’t help but be riveted (and heartbroken) by what happened and why — and what it could mean for the consequences of what we say to one another online.

When someone says they’re making a show about life on Chicago’s South Side, the words “Comedy Central” may not leap to mind — but that’s just the problem that “South Side,” written by Bashir Salahuddin (“GLOW”) and Diallo Riddle (“Marlon”), seeks to solve: Can’t a notoriously violent neighborhood — so often described in hellish terms — also be funny as hell? Loosely organized around the dreams of recent community college grads Simon James (Sultan Salahuddin) and Kareem “K” Odom (Kareme Young), the series follows them through one hustle after another, seen through their jobs delivering (and repossessing) household goods from the interest-gouging Rent-T-Own. (“If you want both endtables to match each other, that’s gonna be extra,” a sales associate tells a customer.) The show is produced by and stars people who know this world intimately; rather than turn a blind eye to poverty and violence, “South Side” follows the tradition of history’s great humorists to find laughter amid the chaos.

“Four Weddings and a Funeral”

This anthology series’s resemblance to the 1994 British rom-com is so slight that they also could have called it “Return to Notting Hill” or “More Love Actually” and not been any more or less off the mark. It’s too soon to get super picky about the unfinished peek I’ve watched of this show (created by Mindy Kaling and Matt Warburton) about four American friends who are all 30 — three of whom settled in London after college. “Game of Thrones’” Nathalie Emmanuel stars as Maya, a political strategist for a philandering New York senator. After a disastrous revelation, Maya hops the pond to attend the rawther proper wedding of her friend Ainsley (Rebecca Rittenhouse) to investment banker Kash (Nikesh Patel), where complications — unrequited love in all directions, paternity secrets, etc. — accompany some second thoughts at the altar. “Four Weddings and a Funeral” could use more polish and panache, especially if it wants to please those who vicariously adore upper-class British love stories.

Every summer needs its own “Sharknado”-like TV event, where the rules of standard criticism (and viewer discernment) need not apply. Fox’s six-episode “BH90210,” which is currently in production, more than fills that order, as original cast members (Shannen Doherty, Jennie Garth, Tori Spelling, Gabrielle Carteris, Jason Priestley, Brian Austin Green and Ian Ziering — everyone but Luke Perry, who died earlier this year) return to play “heightened versions” of themselves: actors who have been convinced to come back and resume the roles that made them super-famous nearly 30 years ago. I don’t think the word “meta” works anymore, since we all know it when we see it. What else will we see? The network has said this show-within-a-show will be a drama about what happens when actors of a certain age have to bury old conflicts as they attempt to launch a reboot. May the bridges they’ve burned light the way, as Perry’s Dylan would have said.

“The Dark Crystal: Age of Resistance”

Although it landed with a bit of a thud when it was released at the end of 1982 (I recall heaps of discounted “Dark Crystal” merch going unsold at Christmastime, midway between the “E.T.” craze and our first Ewok sighting), Jim Henson and Frank Oz’s serious-toned fantasy quietly found and retained generations of loyal fans in the years since. This prequel series, subtitled “Age of Resistance,” takes advantage of four decades of technological advancements in movie magic, blending puppetry with CGI to give the planet Thra and its inhabitants a more dazzling look. The plot involves three elflike Gelflings from different clans (voiced by Taron Egerton, Anya Taylor-Joy and Nathalie Emmanuel) who start a revolution against the reptilianlike rulers known as the Skeksis. I know, I know: The what and the huh? That’s what people said when they first watched “Game of Thrones.” This won’t rival that, but it’s a good reminder that the fantasy genre is about taking a step toward something unfamiliar and then letting it take you away.